From experience, 99% of the time, the internal EMF sources are hundreds of times higher than outdoor sources. 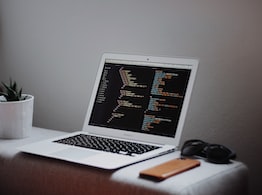 Mould is a fungus that grows in the form of tiny spores. It is found everywhere, often on moist surfaces like kitchen countertops, bathroom tiles, and drains.

Moulds are very common in our environment. They are always present in an indoor environment because of their spores which are hard to detect with the naked eye. We should take care to avoid moulds because they can lead to serious health problems such as fatigue and allergies.

Moisture is a major cause of mould growth.

Moisture levels on building materials are usually measured in terms of relative humidity or moisture content. The measurement is usually done by comparing the current humidity with the threshold level at which mold will grow.

Humidity is another factor of mould growth. If the humidity exceeds 75% RH for more than 24 hours, there is a high chance that harmful mould would grow.

Buildings that have high levels of humidity are exposed to greater risk of damage from mould growth, especially if they have roof leaks and water leaks.

Mould testing is an important topic to understand in order to make sure that the spaces we live in are safe.

Mould testing is a way of finding out if there are mould spores in the air and on surfaces. The test will show the levels of mould spore concentration. It will also show if there is any type of mould present and which types it may be.

This test can be done by taking samples from different places in a building and sending them off to a lab for analysis.

Certain elements will be centered on mobile devices and tablets and aligned to the left or right on a desktop display. You can adjust the layout for each Block at three different device widths – desktop, tablet, and mobile.

Certain elements will be centered on mobile devices and tablets and aligned to the left or right on a desktop display. You can adjust the layout for each Block at three different device widths – desktop, tablet, and mobile.

Want to share your experience, good or bad? We are always striving to improve our product and welcome all feedback.